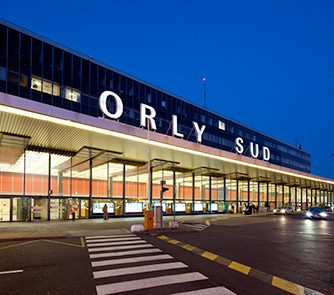 Just as Paris, Orly is at its best in springtime, even if it’s sometimes a little wet. In winter Orly is just as active as Paris, while in summer the weather is warm and lazy. Of course most locals around the area, including Orly, Paris and other towns flee for the beaches to the west and south around August. Things can get a bit hectic around Bastille Day and towards the end of the year so reservations at this time are a good idea. Orly lies midway between Brittany and Alsace, and is affected by the climates of both. The Ile de France region records the nation’s lowest annual precipitation, but rainfall patterns are erratic; you’re just as likely to be caught in a heavy spring shower or an autumn downpour as in a sudden summer cloudburst. Orly’s average yearly temperature is 12°C/54°F, with temperatures of 3°C/37°F in January and 19°C/66°F in July. The mercury sometimes drops below zero in winter and can climb to the mid-30s(high-80s/low-90s°F) or even higher in the middle of summer.